CURIOUS ABOUT
THIS BOOK?

HAVE YOU ALREADY READ THE BOOK?

Download the photos*
*We’ll send you a free book of photos that go with 138 Dates. Recommended for people who have finished the book (the pictures give away the ending!). 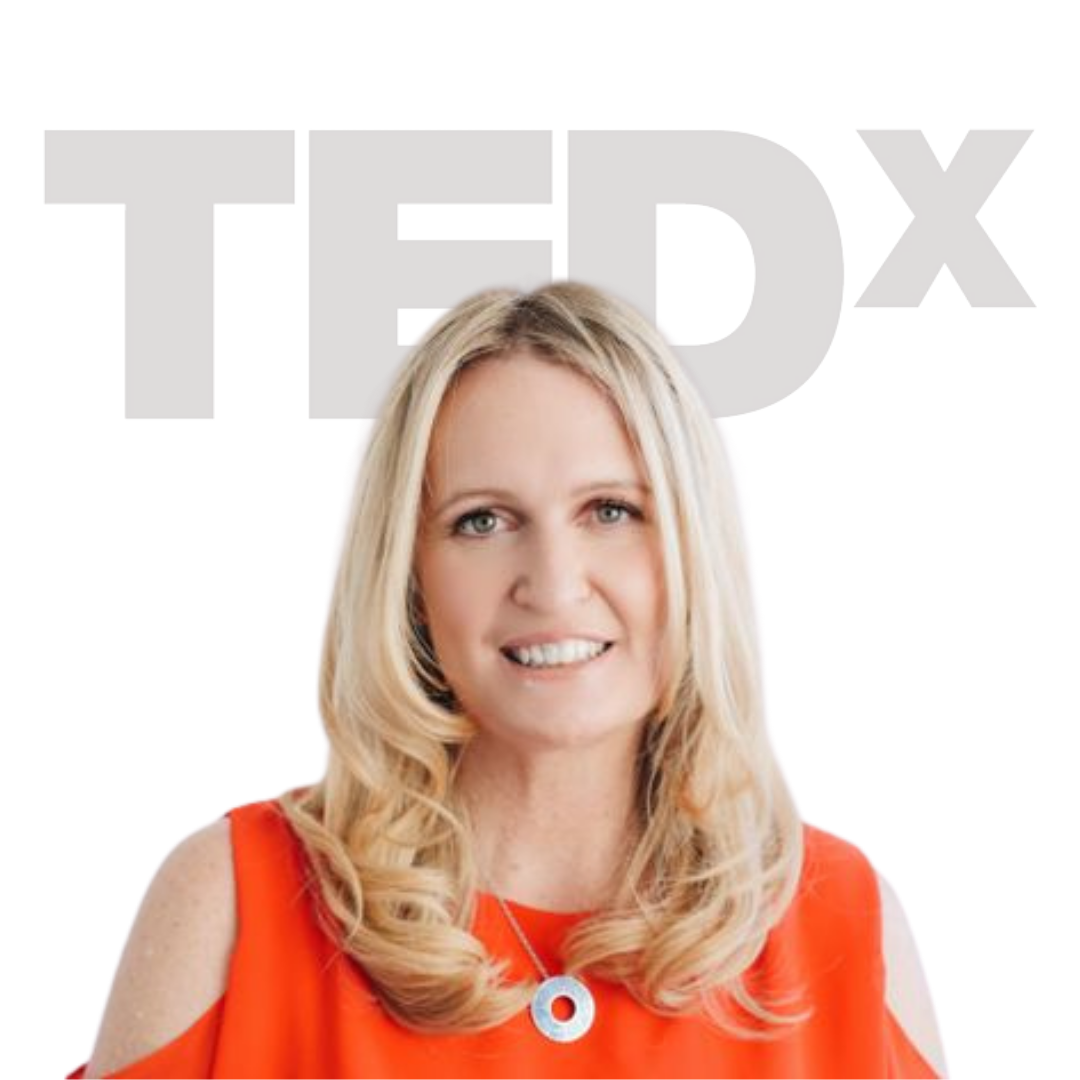 ‘This book will change lives. I couldn’t put it down.’ 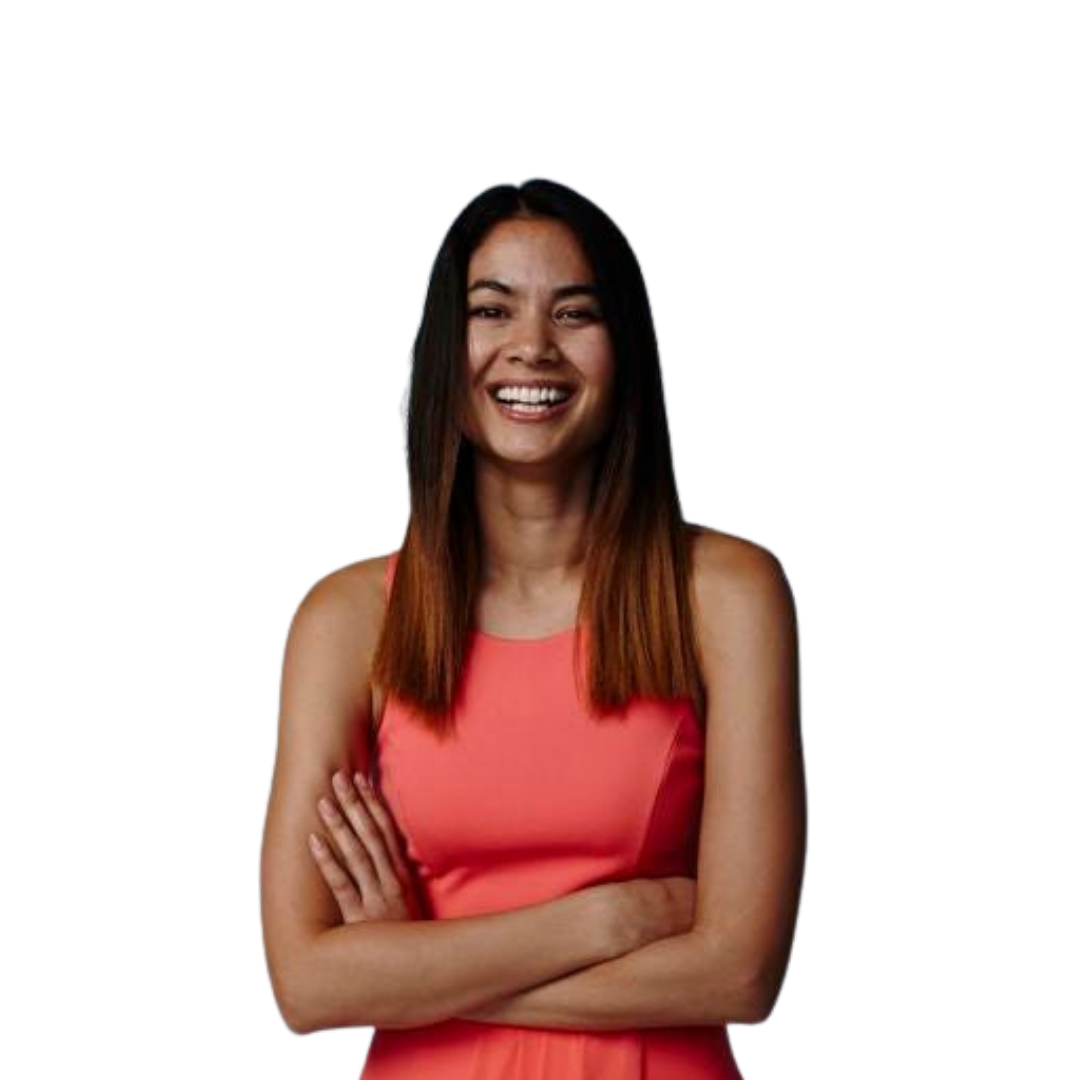 ‘Absolutely incredible book. I loved it!’ 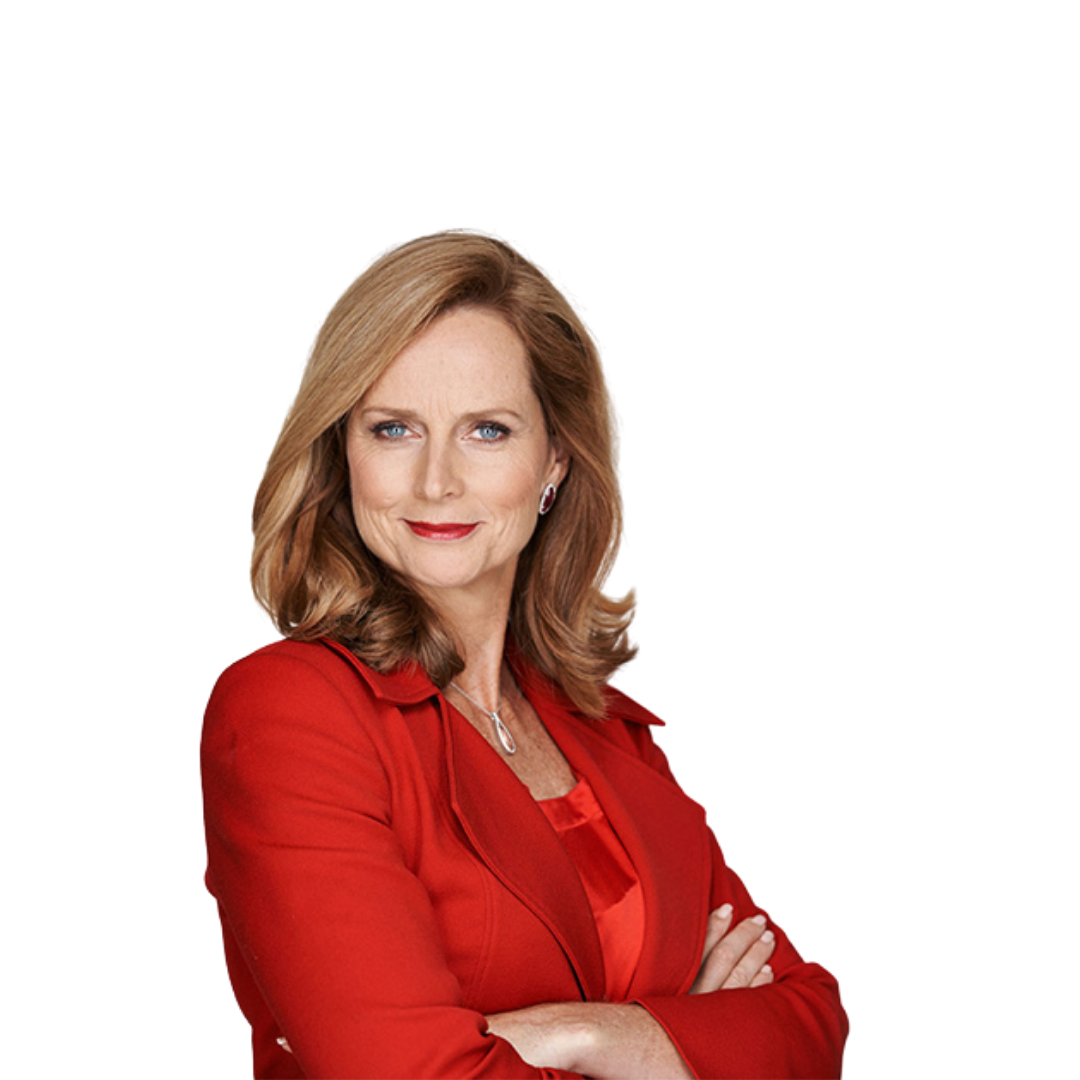 'I laughed, I cried and I was aghast. I could not put this book down.’ 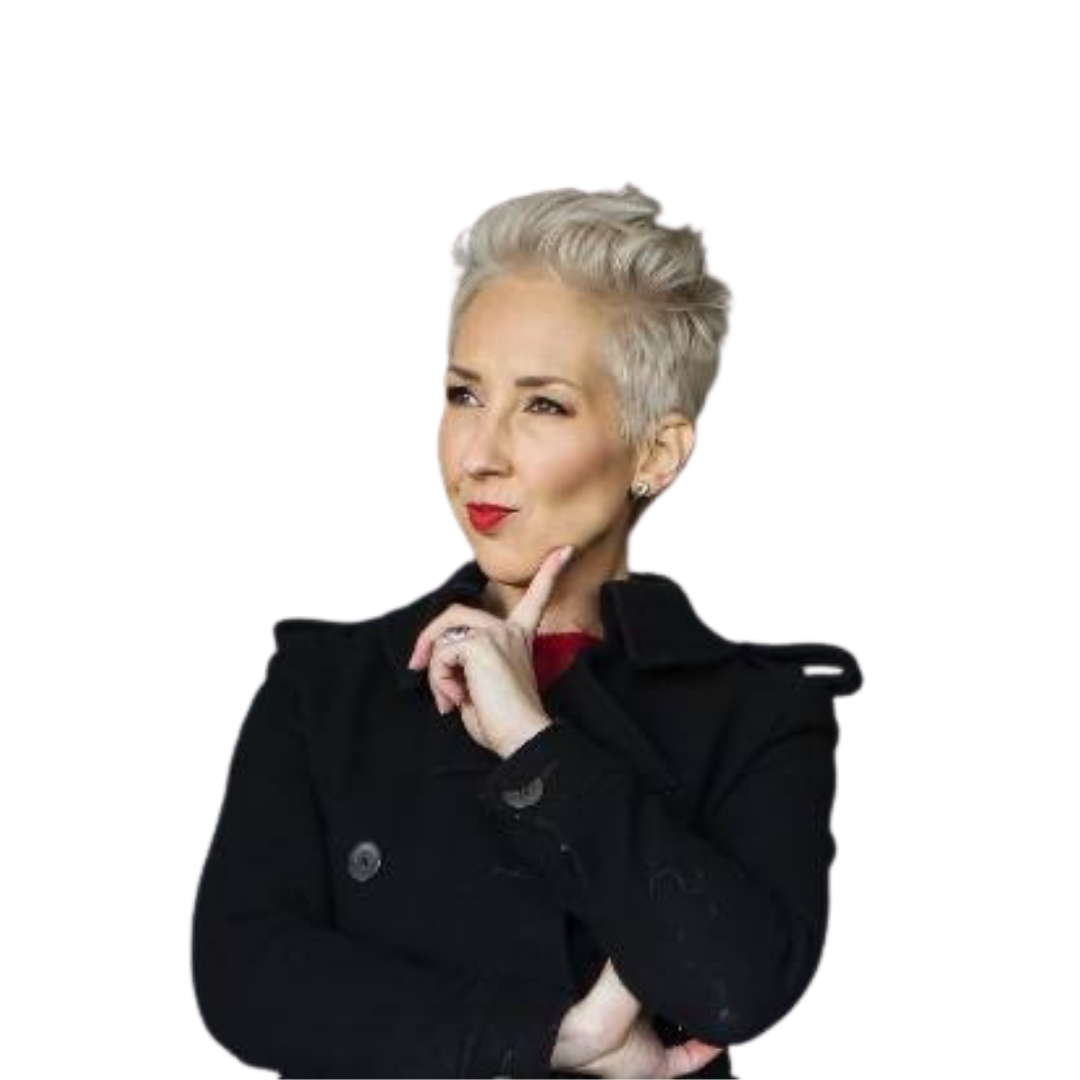 ‘I laughed, I learnt a lot and I cried my eyes out.’

At 34 and a half, I hadn’t been on a date in ten years after my first boyfriend was tragically killed in a car accident. Then on Christmas morning, I woke on a fold-out bed in the garage of my parent’s friend’s house and decided to change. I would find love, whatever it took. And I set myself a goal: one date every week for an entire year.

What followed was 138 Dates (yes 138 different men) across Sydney, New York and San Francisco, at the same time as launching my tech startup Posse.com (now Hey You) and writing a high profile newspaper column. Along the way I met some incredible friends including an awesome psychologist and Canva’s Melanie Perkins, who gave me advice that I applied to building the business and to finding a relationship. I kept notes in a journal and many of these lists and lessons appear in the book.

- A true story told in the style of a novel. Similar books are Eleanor Oliphant and The Rosie Project - but every word is real.

- It is NOT an account of 138 Dates. That would be boring! It’s a story packed with tragedy, humour, mistakes, friendship, lots of lessons learnt and ultimately a very happy ending.

- It is for anyone who is single and looking for love. This is the book I wish I’d read during my dating journey. You’ll find much you’ll be able to relate to as well as some incredible tips that’ll speed up your search and help you to spot and keep a great catch when you find them.

- AND for anyone who values love and a good story. I promise this book will make you laugh and cry and that you’ll close the last page feeling closer to your current partner than ever.

People who’ve read it have sent these messages:

‘I stayed up all night reading.’
‘Wow!’
‘I laughed and cried.'
‘I haven’t read a book so intently in years.'
‘Unputdownable.’
‘Open, honest and captivating.’
‘Quite beautiful.’
‘I feel much less alone.’
‘F*cking fabulous.’
‘I bought your book yesterday and can’t put it down.'
‘You’ve given me hope.’
‘My heart stings.’
‘I’m telling everyone I know about it.'
‘I enjoyed this book sooooo much.’
‘This book is so timely for me’
‘It challenged the way I think.'
‘Could. Not. Put. This. Book. Down!’
‘This book is incredible!’
‘It’s made a lasting impact.’
'On behalf of mothers and fathers with daughters thank-you for writing this book!!!' 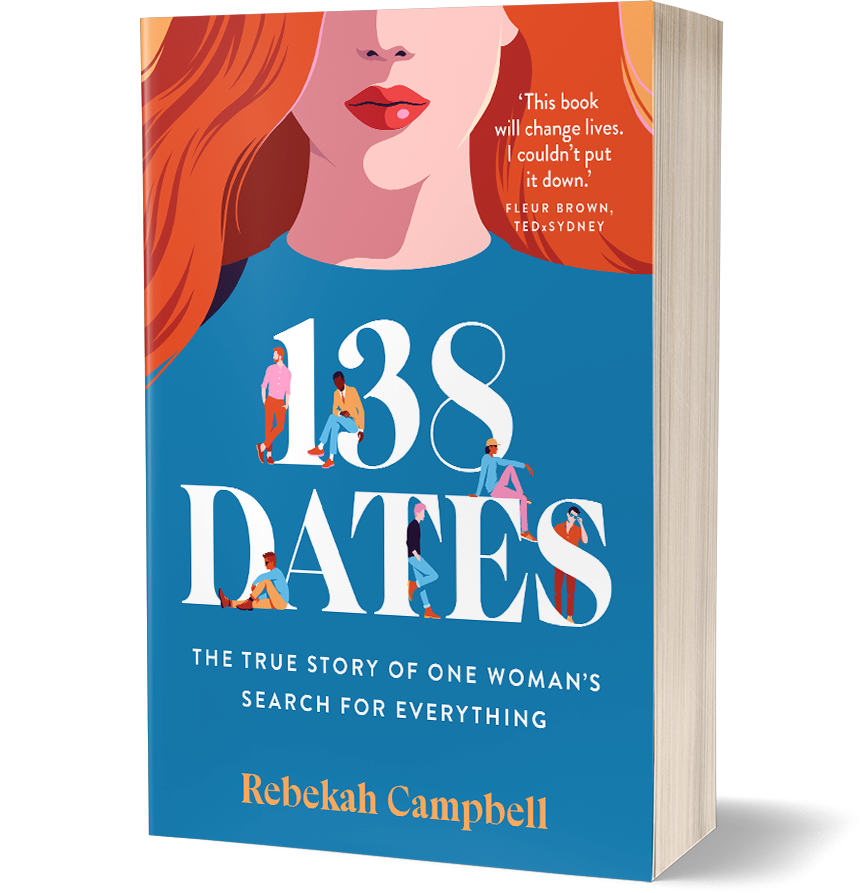 Praise for Rebekah and 138 Dates 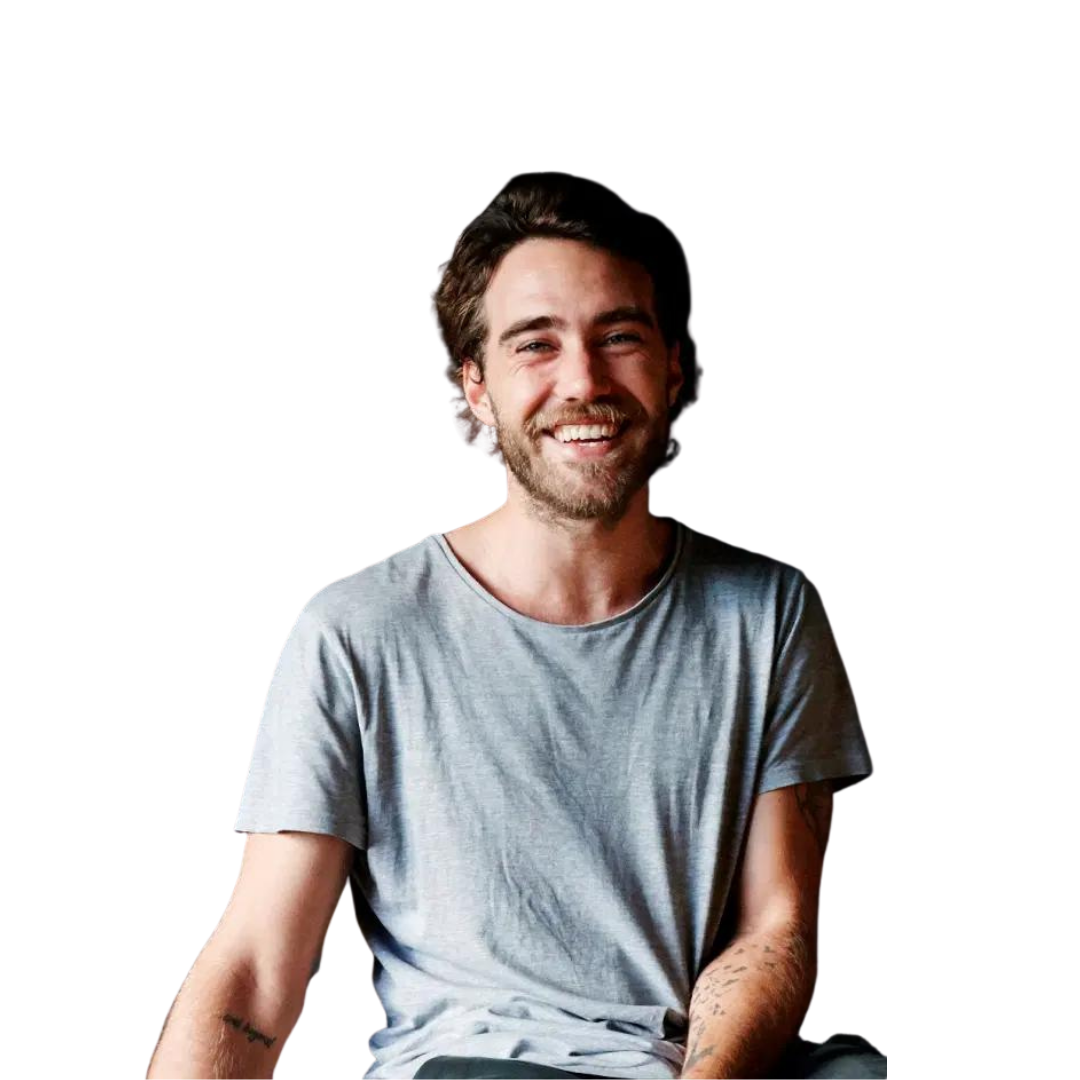 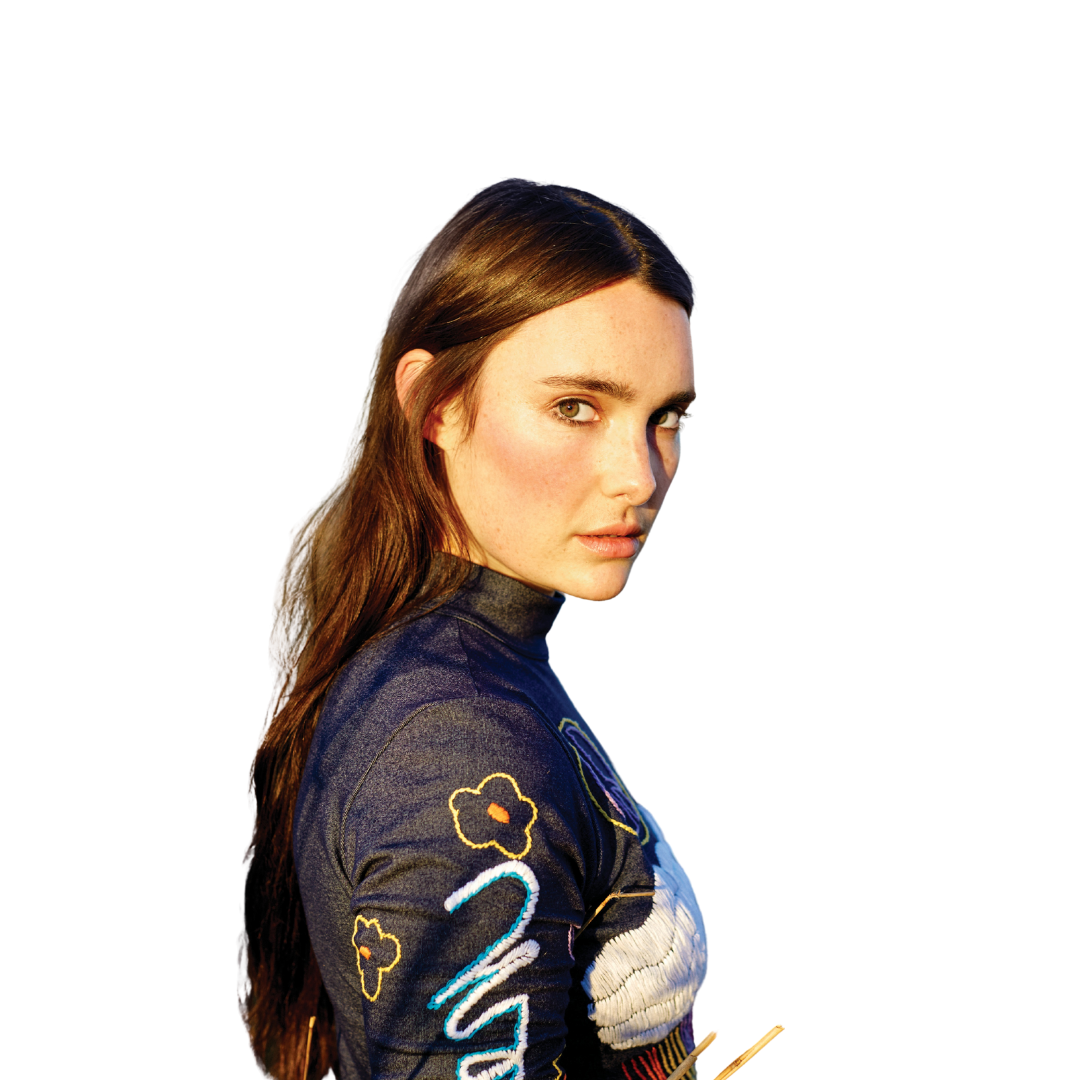 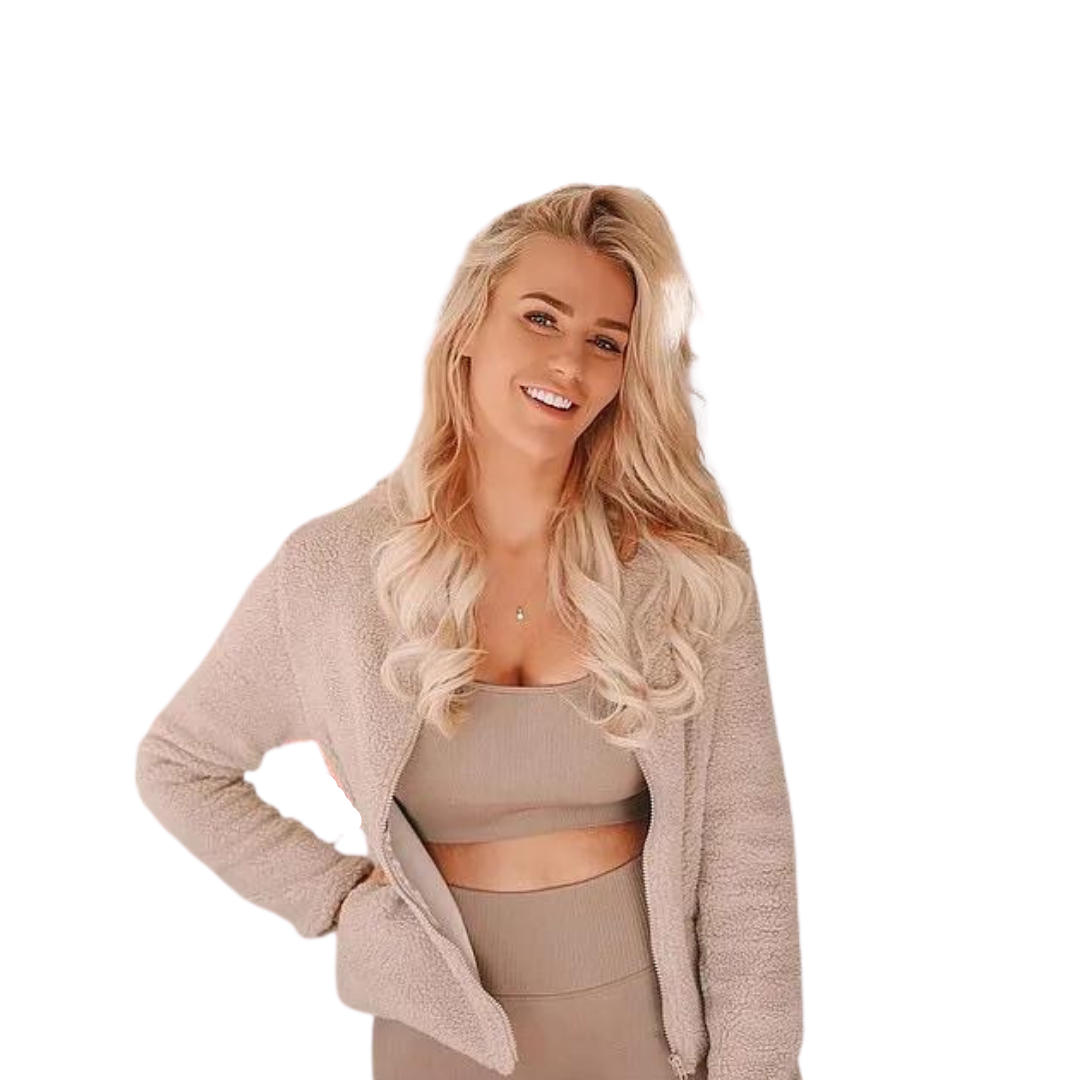 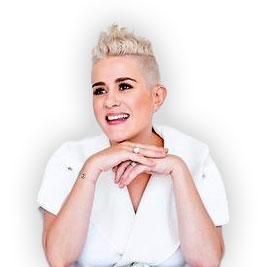 ‘Rebekah’s ability to combine art and business is extraordinary’

The perfect gift for your single sister, daughter or friend.

An excerpt from 138 Dates

‘I will have sex with Matthew Marino,’ I decide out loud as I pace across the grass at Rushcutters Bay Park. I pause, folding my arms across my chest. There’s a chill in the early morning air and thick grey clouds gather ominously overhead.

I pace again, faster, muttering like I’m making affirmations. ‘It’s been six weeks. He’s expecting . . . I can do it. I can.’ My voice shakes and I hunch my shoulders forward. Heavy droplets of water fall from the sky, wetting my loosely tied back hair. I look up, and scrunch my eyes together.

Twenty minutes ago, walking down the hill, I’d called my ex-flatmate Ainsley for advice. ‘Honey, six weeks is not normal,’ she’d said. ‘Six weeks is a long time. Unless you’re fresh from a convent.’ I’d googled ‘How long before having sex’ and found a helpful men’s forum on Reddit. Six weeks is all that any man will wait.

And Matthew Marino is not any man. He is a forty-two-year-old senator in the New South Wales parliament. We met on that dating site RSVP — can you believe it. He is tall and distinguished and confident. He ticks every box on my ideal partner list, except, well . . .

I am a thirty-five-year-old professional woman in Sydney. I live in a Darlinghurst apartment with high ceilings and an art deco chandelier. On the outside, I wear makeup and high-heeled shoes, I have a small public profile as founder of the shopping app Posse.com, and I often give inspirational talks at business conferences where I encourage other women to strive for their goals.

But on the inside, I am a thousand petals shrivelling inwards. Because when I take off my makeup and high-heeled shoes and I gaze at the four walls of my nice apartment, I am alone. I shop alone, cook alone, watch TV alone and fall asleep clinging to a pillow.

Until eleven months ago, I hadn’t been on a date in ten years. Then last Christmas Day something happened. An invisible dam that had been building inside me seemed to burst open all at once. I would change. I would find love, whatever it took. And I made a resolution: one date every week for an entire year.

Matthew is the forty-third man I’ve met so far and the only one I’ve been out with more than four times. Tomorrow will be our six week anniversary, after which we will officially be boyfriend and girlfriend. We’ll make holiday plans, wedding plans, we’ll discuss the children’s names that I’ve already decided on, and my pillow-clinging days will be over.

But first, we must have sex. Because if we don’t, then he will think I’m frigid or not into him (I learnt this from Reddit).

I sit next to the base of a giant fig tree. Bright green leaves tremble like fingers on hands above me. I wish I could tell him how long it’s been. That I’m terrified and I won’t be any good. I stare across the grass at a dog chasing a stick and two women pushing prams as they chat and sip on takeaway coffee cups.

I stretch my arms high, clasping my fingers together. ‘I can,’ I whisper. ‘It’s natural.’ I feel my stomach twist and a wash of bile floods my mouth. ‘I will.’

I know what you’re thinking. Why didn’t she date for ten years? How did a successful, intelligent woman get herself into such a pathetic ball of stuck?

If you’d asked me this back in 2012, I would have given you a list of excuses. ‘I’m too busy with my career. There’s no decent single men in Sydney. I still love my first perfect boyfriend and no one else will ever measure up.’ I never would have admitted that, actually, I was just scared. Embarrassed to put myself on the internet. Afraid of being rejected.

I’m writing to you from July 2020. For eight years I’ve published blog posts and newspaper columns about startup businesses and women in tech. And every time I started penning an article about venture capital or how to nail a sales presentation, I felt my fingers quiver at the keyboard. Because I had another story to tell. Because, to me, career success seemed an inch tall compared with what really mattered.

I tell this story expecting that I’ll be criticised. People might say that a woman who claims to be a feminist shouldn’t admit her top priority is to find a man. I would disagree. I think women should voice what they want in life without fear of judgement. I wanted to build a business, yes. But when I lay in bed in the still of night, love is what I ached for. I wanted a partner. I wanted a family.

I am writing this book for me, age thirty-five. I would have handed it to myself, past the pile of dating advice books like Act Like a Lady, Think Like a Man and Why Men Prefer Bitches, past the newspaper article where the male fertility doctor says ‘Women over thirty-five should stop being so fussy’ and past re-runs of The Bachelorette on Hulu. I would have handed this book to myself and said, ‘Listen, this is what it’s actually like. This is what it’ll take to unravel yourself and let go of everything that’s standing in the way.’

This isn’t a tale of salacious sexual encounters or jabs at weird men from internet dating sites (although there are a few). I have written this book to be useful, to provide insights and to tell a story. And, just in case there’s anyone out there who felt like I did, to show that you are not alone. You are not the only one.

As I picture that woman pacing about on the grass, deciding to have sex when she clearly isn’t ready, I want to wrap her in a blanket and kiss her forehead. And I want to scream in her ear. She’s about to make an awful mistake, one of a huge pile of awful mistakes on her journey of 138 dates.

I wish I could tell her she’ll be okay: that Matthew will be forgiving, that the rest of this adventure will be easy and fun, and that every other man she’s about to meet will be kind and genuine and safe. I wish I didn’t know that she’s going to get humiliated and hurt like someone squeezed her heart dry and tossed it onto a dirty railway track ready to be torn up again and again and again.