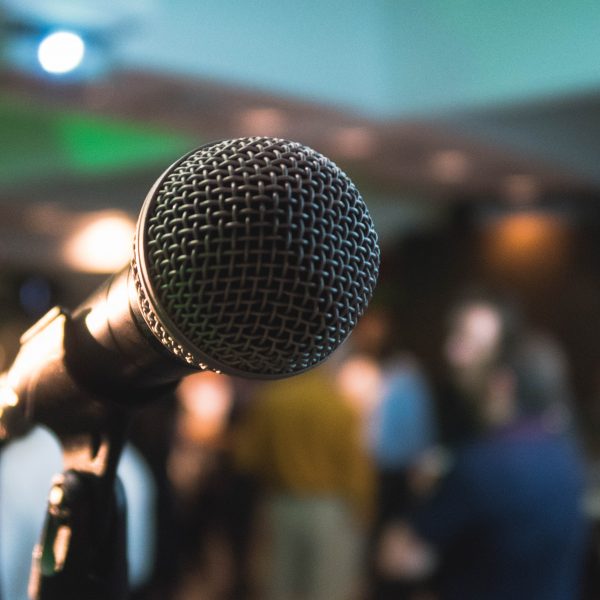 Don’t fall for the confidence trick

Winging it isn’t always the best approach to public speaking.

Last week I ran a large event in the city, attended by more than 400 people. I’d spent weeks organising speakers and promoting ticket sales. The event started at 5pm and I was to give the opening address at 5.15pm. At 4.30pm, I was still adjusting seating arrangements and printing out the guest list. I had no idea what I’d say in my opening or closing talks.

At 4.45pm, I began to pace in a quiet corner of the building and construct my speech out loud as I walked. Only 15 minutes until doors open. Why hadn’t I written this earlier? Lines tumbled together as I grasped for an introduction and a few key points to make. I felt a strange mix of terror and confidence. “I’ve spoken in public hundreds of times,” I thought. “If I don’t prepare, it’ll still be good.”

I took to the stage and spoke for about 10 minutes before introducing the first speaker. The crowd seemed engaged. There were a few chuckles at my opening gag. As I stepped down, I made eye contact with my co-founder. Her brow was furrowed with disappointment.
As the first speaker clicked up his PowerPoint slide, mine appeared. I’d forgotten to mention the main point of the event. We were launching a new product and I hadn’t plugged it! And I’d missed the slide outlining the evening’s proceedings. The speaker flicked through to the start of his presentation. It was obvious to everyone that I’d stuffed up.
What an idiot! Why had I assumed I could wing it? Frustrated and regretful, I slumped in my seat. I’d missed a big opportunity to promote my business.

On the train later that night I started to question the relationship between confidence and success. Some confidence is important, but that night I’d had too much. I needed to add some healthy spoonfuls of self-doubt to ensure that next time I wouldn’t be so foolhardy. I reflected on other times I’d spoken in public. Everyone seemed so positive, I figured I must be good. It occurred to me that I’ve often told speakers they were great – even when they were terrible. It feels right to give encouragement. What if I wasn’t a good speaker at all? What if the positive feedback I’d received was just people being nice? What’s the right balance of self-confidence and paranoia?

Michelle Duval is the founder of Fingerprint for Success, a people analytics platform. In 2018, her team conducted a global study into the attitudes and motivations that distinguish successful entrepreneurial leaders from the rest of the population. The study tracked the leaders’ psychology with the business outcomes they achieved over five years. I asked Duval about confidence and its relationship with success.

“We can see in our data that successful entrepreneurial leaders score much higher on internal reference than external reference,” she says. “They trust their own judgment more than feedback from others. This is important because they’ll back their decisions to take risks even in the face of criticism. The flipside is they might not read the criteria of others, they’ll try to bulldoze through and won’t bring others on the journey.
“In the context of giving a presentation, if you have an extremely high internal reference, there’s a danger that your internal confidence will override cues from the audience; you might think your talk was engaging when it wasn’t. Someone with a higher external reference would be more likely to test their talk with others beforehand.”
Duval says the other key factor to consider is your motivation for structure and organisation.
“People who are highly motivated for structure are more likely to plan and prepare in advance,” she says. “If you’re low on structure, then you’ll probably be better at improvisation. You’ll be more adaptable and be able to make things up as you go.
“Our research shows that the most successful leaders will be high on internal reference – they believe in themselves – and have a lower than average motivation for structure. But most importantly, they’re reflective. They recognise where they are on the spectrum and they’re aware of blind spots.
“For example, a strong entrepreneurial leader who is developing an innovative product will be confident in their instincts but will know the importance of surrounding themselves with people who are obsessed with customer feedback.”
After speaking with Duval, it’s clear that my natural disposition is to trust myself over others and that I’m relatively comfortable improvising. At our event, I was exhilarated by the adrenalin of being onstage without a plan. Even though others told me my talk was good, I could see in my co-founder’s eyes that it wasn’t.
I can see that having a high internal reference serves me well in many situations, but it also comes with risks. Next time I give a presentation, I’ll tune down the confidence and make sure I prepare in advance, testing with others first.
Originally published in AFR BOSS Magazine