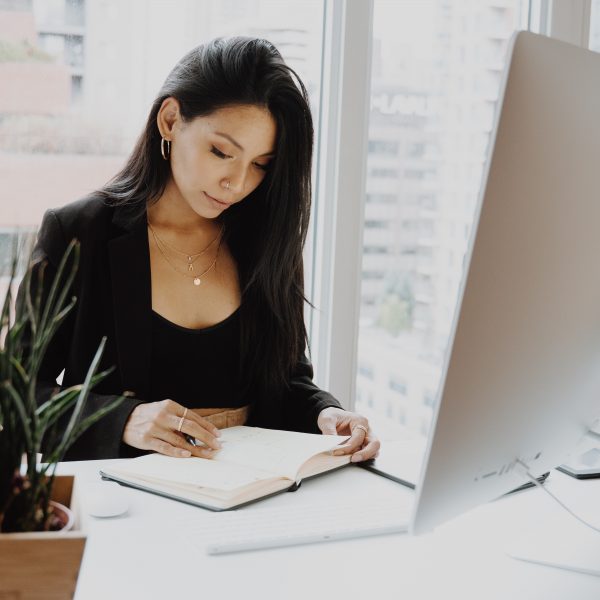 How personal style can help shape your career

Some people seem to have an innate sense of style.

How personal style can help shape your careerRecently it was 33 degrees and I dressed for a meeting in the city. Five years ago (before I had kids), I would have worn a silk singlet, light pants, pointed stilettos and a necklace. But now I’m 40, I wondered if it’s still OK to wear a sleeveless top. On the day in question, I also needed to walk across town and couldn’t stand the thought of hobbling atop two pointed sticks.

As I rode down the escalator at Barangaroo in Sydney’s CBD, I watched the women and men in suits criss-crossing the streets below. “It’s almost as if you can tell who the leaders are by the way they dress and the way they walk,” I thought. “Why do some people exude confidence and a unique personal style?”

I thought about the most stylish people I’ve met in business and two very different women stood out. I asked them if their “look” is a conscious choice or something they were born with and how they think personal style has an impact on their ability to succeed at work.

Andrea Culligan recently became a partner at Deloitte Private and has had an astonishing career. She helped build Australia’s first free email service as well as multiple other businesses. At Deloitte, she works with the founders of high-growth companies on strategy and leadership. Culligan always looks as if she’s just stepped off a movie set. If she walked past you in the street, you’d turn in admiration.

“A few years ago, I took a sabbatical and during that time I decided to create an identity for myself,” Culligan says. “I made a distinct choice about what I wanted to look like and what I wanted to wear. I’ve always been drawn to glamorous women who are powerful in their lives.

“I thought about who I am and how could I display power in every room. I’m sophisticated, I’m well-read but I also have a twist: I’m quirky. I went through magazines and created a vision board. I found pictures of women in flowing white trousers and structured jackets. They were feminine, they’d show curves, they didn’t dress like men and they were powerful.”

Judy Anderson is CEO of Startup Victoria. Her style is different from Culligan’s but equally striking. She wears bright scarves, plaid jackets, fitted jeans and Converse sneakers. “I’ve consciously thought about personal style right throughout my career,” Anderson says. “First impressions are important. I know that if I want people to listen to me so I can have the impact I want to make, then I need them to perceive me in a certain way.”

Both women gave me the following tips.

Be yourself and be comfortable

“Early in my career I wore clothes that were incredibly uncomfortable,” Anderson says. “I was always hiding my heels under the desk. I’d wear a button-down blouse and worry that people could see my bra when I should have been concentrating on what I was working on. I became proactive and looked for icons in leadership positions with styles that resonated with me. I’m bold, innovative and creative, but I’m also polished. Now I feel so much more authentic. I’m in a better mood each morning and it’s much easier to build professional relationships when you can be open and honest and totally comfortable in your own skin.”

Alter your style for the occasion

Anderson says her role carries a level of gravitas and even though it’s a small organisation, it’s important she looks professional. “When I shop, I often ask myself, ‘Would the CEO of Startup Victoria wear that?’ I’ve almost got a uniform: one day I’ll be meeting government ministers and the next I’ll speak at a start-up event. I’ve identified which outfits are for which occasions.”

Culligan says in her role she interacts with a wide range of people. “Depending on the client, I’ll adjust my wardrobe to meet the occasion,” she says. “But I wouldn’t wear pearls because it’s not me and I wouldn’t wear a hoodie either. There’s nothing wrong with pearls or hoodies – it’s just about making the client feel comfortable while remaining true to my identity.”

Take risks and ‘own it’

“People who work in office environments often think there are rules about what you should and shouldn’t wear,” Culligan says. “I think people put these rules on themselves. I stand out: people constantly comment that I look glamorous and I tell everyone that it’s my choice. I’ve noticed some of the younger women in our firm start to experiment with different styles because they can see it’s acceptable. My advice is to think about how you want to be seen. Do you want to be grungy or sophisticated or casual? Then own it.

“My style change initially felt a little forced. I remember feeling terrified once when I walked into a room, but I held my head high and introduced myself to the most important person there. You’ve got to carry yourself with confidence and kindness, not arrogance. Walk like you’ve nothing to prove and everything to gain and learn.”