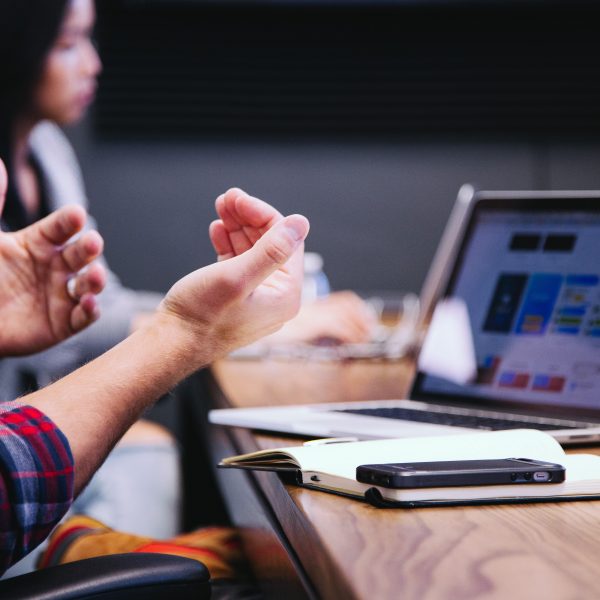 It’s much more important to develop deep, authentic relationships with a small group of well-connected people.

I spoke at a women’s business event recently and an attendee asked, “How do I build a network as a woman who lives in the country? It’s hard for me to make it to events like this.”

It’s often said that networks are important. How important has occurred to me only recently. Reflecting on my career, almost all breakthroughs – raising capital, securing a big client or landing a role – have been instigated by a member of my network.

I’ve always invested in building my network. But now, with two children under 3,

this has become difficult. I can’t attend events outside office hours, and my days are bookended with day-care drop-off and toddler dinner time; I have to focus my working hours on getting things done. There’s no time for lunches.
The woman who asked that question sparked a bigger conversation. Are women disadvantaged when it comes to building a network? And, more importantly, what can we do about it?

The resounding conclusion in the room that night was “yes”. Certainly, mothers are disadvantaged, but even as a single woman I had felt excluded. I was often invited out for coffee, occasionally lunch, never dinner, golf or other activities that aid the development of deep personal relationships.

Most networking starts at events where people meet for the first time. I can’t stand this context. I’m a natural introvert, I feel awkward approaching people to chat, I hate small talk and have a quiet voice – so if there’s music playing or booming conversation, I won’t be heard. I’ll often end up walking briskly back and forth between the bathroom and the catering, trying to pretend I have somewhere to go.

Yet I’ve managed to build a powerful network. It has helped me raise $17 million from high-profile investors in Australia and Silicon Valley, write columns for The New York Times and, more recently, AFR BOSS magazine, and build Zambesi, a skills-sharing collective of the best minds in tech.

So, as a hopeless introvert with very little time, here’s what has worked for me.

Events can be important but they can also waste your time. Before you attend, find out who is likely to be there and who you want to meet. Then, focus on reaching that person, have a brief conversation and organise to follow up. There’s no time to be shy, or for meeting random contacts that won’t result in anything, and no time to pretend to walk back and forth to the bathroom.

I once attended the annual digital conference Tech23 because I wanted to meet Lars Rasmussen, co-founder of Google Maps. I was struggling to build an engineering team. I went only for the lunch break and made a beeline for Rasmussen. I introduced myself, quickly described what I was trying to build and my challenge, and asked if he’d be willing to meet. He said “yes”, we met for coffee and he became a wonderful business supporter and friend.

I spent years trying to improve my ability to small-talk. Then I gave up, recognised I could avoid it and focused on my strength – the one-on-one conversation. The key to a successful first conversation is to be someone with whom that person will want to have a second conversation. If this seems obvious, it isn’t. Most people I meet for the first time focus on trying to sell me something or obtain information, when there’s far more value in developing a relationship for the long term.

I once travelled to Silicon Valley and met 20 venture capitalists. At each meeting, I gave a polished performance of my pitch deck – except one. Bill Tai, the VC best known for backing Twitter and Canva, didn’t want to hear my pitch. He’d ordered pizza and spent the meeting talking about kite-surfing. It was a wonderful conversation but I didn’t expect it to lead to investment.

Later that day, he called me back and invited me to a kite-surfing conference in Maui. Three months later, he invested in our company and introduced me to several of his friends who would also invest. I didn’t hear back from the 19 VCs to whom I’d delivered that polished pitch.

A big network is not the same as a powerful network. It’s much more important to develop deep, authentic relationships with a small group of people – who are well connected. Then you can leverage their networks to reach who you need. As a mum, I can’t afford to waste time making small talk at events. If, like me, you have limited time, be focused. And before any one-on-one meeting, work out how you’ll develop a rapport that will lead to a long-term relationship.