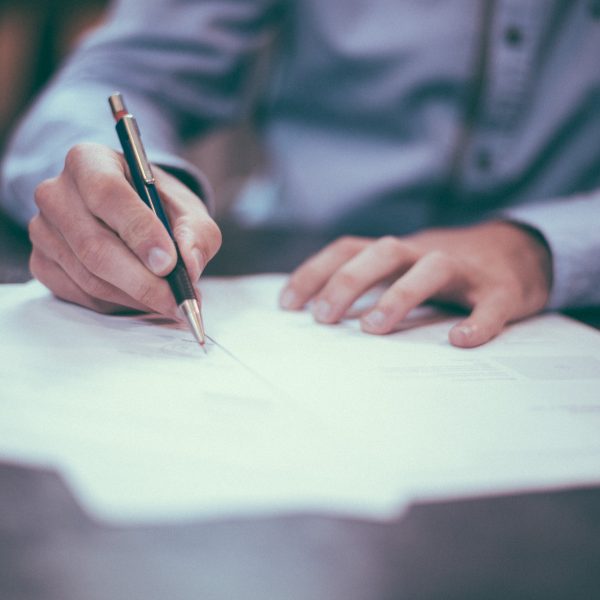 My Struggle to Manage Our Lawyers

I don’t really enjoy working with lawyers, yet every time I start a new relationship with one I’m filled with hope. They seem impressive in their fancy suits and expensive offices. They woo me with flattery and nice cups of tea and biscuits. I find myself thinking: These guys are cool. I’m going to work with them forever.

I brief them on what we’re looking to achieve. We meet another couple of times, we agree to move forward and then I ask for the cost estimate. But in seemingly no time at all, it turns out I’ve run up a bill I wasn’t expecting and can’t afford to pay.

When I’m looking for a lawyer, it’s usually because there’s a job I need to get done. By the time I’ve had a couple of getting-to-know-you meetings and I’m ready to engage the lawyer’s services, a few weeks have passed. The not-so-urgent job has become urgent and so the lawyer gets started.

I’ve learned to ask for a quote and a cost agreement, but in an effort to move quickly the lawyers often move ahead before I realize it. For some reason they’re much quicker at getting started with work than they are at costing out the work I need done. And before I have a chance to mention that my company is a poor start-up, I’ve been sent a bill for $20,000.

But I’m learning. I think that the trick is to be upfront about our company’s financial position: We’re a start-up! We can’t afford to pay big, unexpected bills. We must agree in writing on a maximum quote for any piece of work; any addition to the quote must be approved by me, also in writing. Lawyers who start work before a quote is agreed upon do so at their own risk.

I tried this approach recently. We agreed in writing to a maximum charge, and we agreed that any additions to the bill must be approved in advance. When the invoice arrived, for far more than the quote, I had an email trail. The lawyers grumbled about the amount of extra time they had spent, but there was no real argument. They reissued the invoice for the original quote.

Sometimes we start-ups need to use expensive lawyers with good reputations. If we’re negotiating with large investors or corporations, they expect to deal with firms they know. These big firms want to work with us — not because we pay big fees but because there’s a chance we’ll be able to do so in the future. If you find yourself in this position, where you need to engage one of these firms, here are some of the things I’ve learned to be especially clear about. Specifically, I’m not paying for:

Sales meetings. Introductory meetings where the lawyers are selling their services should not be charged. And we need to know precisely when we leave the courtship stage.

Reading irrelevant documents. Often a new lawyer will ask for all company documents to be sent through — even if they’re not at all relevant to the job at hand. Recently, I was asked to send through a bunch of documents ahead of an introductory meeting so the lawyer could scope and cost out our job. I questioned why the documents were required and was told they were needed as background. When I received a bill for $3,000 for “reading” the documents, I disputed it — and won.

Briefing internal colleagues. Once, I was working with a partner at a top firm in the city. Attempting to keep costs down, I was careful to keep my meetings with the partner short. This partner was the only lawyer I dealt with at the firm, but when I received the bill, I’d been charged for tens of hours of work by someone else I’d never met. I was charged for one hour of the partner’s time for each meeting and then another hour for the partner to brief a colleague and yet another hour for the equally expensive colleague to receive the briefing. I disputed this on the grounds that if someone else was going to do the work, I shouldn’t have to pay for this new person to be briefed internally. I later heard that other chief executives negotiate a no-charge-for-internal-briefing clause, and I now specify upfront that I won’t be paying for this.

Making things unnecessarily complicated. Sometimes legal deals and documents can be complicated and need a lot of tweaking, negotiating and explaining. But often they’re quite simple. Recently we undertook a friendly transaction with another business. Our lawyer drew up the contract and we had to show it to the other party’s lawyer for sign-off. It was a friendly, straightforward deal, and everyone involved just wanted the other lawyer to say it was O.K. or flag any issues. Instead, the lawyer took two weeks and sent back a document that was almost completely reworded but said exactly the same thing. Of course, we also got a hefty legal bill.

We then had to show the changes to the original lawyer, who charged again to review it and changed some of the wording back because he thought his version was clearer. Both agreed the changes were substantially meaningless but both seemed to think they had to show they were doing a good job by suggesting improvements. All we wanted was to move quickly at low cost, which was the opposite of what we got.