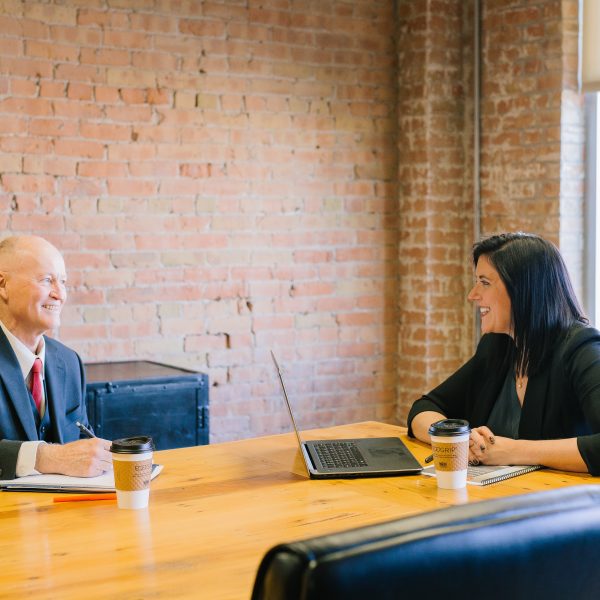 A few weeks ago, my business partner and I interviewed a candidate for a senior communications role at Posse. We met at a coffee shop and he seemed perfect: charming, smart and passionate about our business. He’d been successful in similar roles, and he came to the interview prepared with suggestions relevant to our strategy. I was impressed. But a couple of things bugged me.

Ten minutes into the conversation his eyes swung behind our table and toward the counter. I turned to see what had caught his attention: an attractive waitress. I looked at him quizzically — he knew I’d noticed what he was staring at but he didn’t seem to care. He smiled and gestured for my male business partner to check her out. I couldn’t help but notice for the rest of the interview that whenever he spoke about anything serious he focused his attention on my male partner. He answered my questions well, but often with a flirtatious smile before shifting his attention back to the male in the room — the person he obviously assumed was the boss. At the end of the meeting he held his hand out to shake mine in the dominant position — palm facing down. By now I was fuming — I grabbed his hand from the side and we had an uncomfortable moment.

When my business partner and I discussed the interview afterward, we both had the same concerns. He also felt that his behavior toward me in particular, and possibly toward women in general, was poor. But we also agreed that in every other respect, this guy was ideal for the role, and we had been searching for a strong candidate for quite a while. We considered that one of his assignments, if hired, would be to relate Posse to prospective corporate partners, which meant his flirtatious nature might come in handy. Some of the best business communicators apply their skill and charm to their advantage. Still, that left us with some big questions. Could he respect me as a founder and leader of the business? Can a female boss successfully manage a chauvinist?

Working in the technology sector means that just about everyone surrounding me is male. I’ve learned to deal with loneliness, lack of emotional support and prospective investors who sometimes make inappropriate comments. But what really gets me is knowing that it may be fundamentally impossible to lead some people who cannot respect me because I am a woman. This bothers me because I want to be a great C.E.O. I’m not suggesting all males are like this. It’s unusual for candidates to demonstrate disrespect toward women in an interview with me. Once I’ve hired them and struggle to connect, I often question what has gone wrong. Do I have a poor leadership style, or are they not listening because they think I’m inferior?

A few years ago in another business I had a senior engineer who was brilliant but a chauvinist through and through. I tried every approach I could think of to win his respect. I started by acting like a man myself — aggressive, tough and demanding. It didn’t work. He wasn’t used to a woman acting like that and was offended. Worse still, he sniggered to colleagues and ignored me altogether. Then I brought in other people to support my positions. We had some high-profile investors and board members, and when I wanted to convince him of something I would Skype one of them into the conversation so that the idea would sound as if it were coming from someone he respected.

This often succeeded in helping me win an argument but deflected the long-term problem. Finally, I tried to charm my way into his heart. I played the “girl” role — unsure of myself and in need of his help. I acted as if somehow I had managed to put this whole company together by luck. I joked about how I was running a tech company but didn’t know anything about how it actually worked. This was a lie — I had studied physics, and I’ve spent a lot of time learning about code and frameworks for development. The approach failed anyway. I was able to get him to like me but it killed any authority I might still have had. Eventually, I had to let this engineer go. It was hard because he was the office superstar — the smart guy everyone respected. But he wouldn’t take my product road map or my development schedule seriously because he thought I didn’t know what I was talking about. I learned that there was no way we could work together.

Those of you who follow my posts know that I generally write about issues I’ve faced at Posse once I’ve figured out an answer. Then I share what I’ve learned and my tips for addressing the problem. This time, I haven’t figured out a satisfactory answer, and I’d like to hear from you. Are you a female leader who has faced similar challenges with your male employees? Have you worked out how to harness the confidence of chauvinistic characters and have them succeed in your business? If you’re a male who has experienced working with a strong female boss — what was it that won your respect? If I hire the candidate I mentioned at the start of this post, can I manage him successfully?

Please write your opinions and experiences in the comments. I’d love to hear your thoughts.